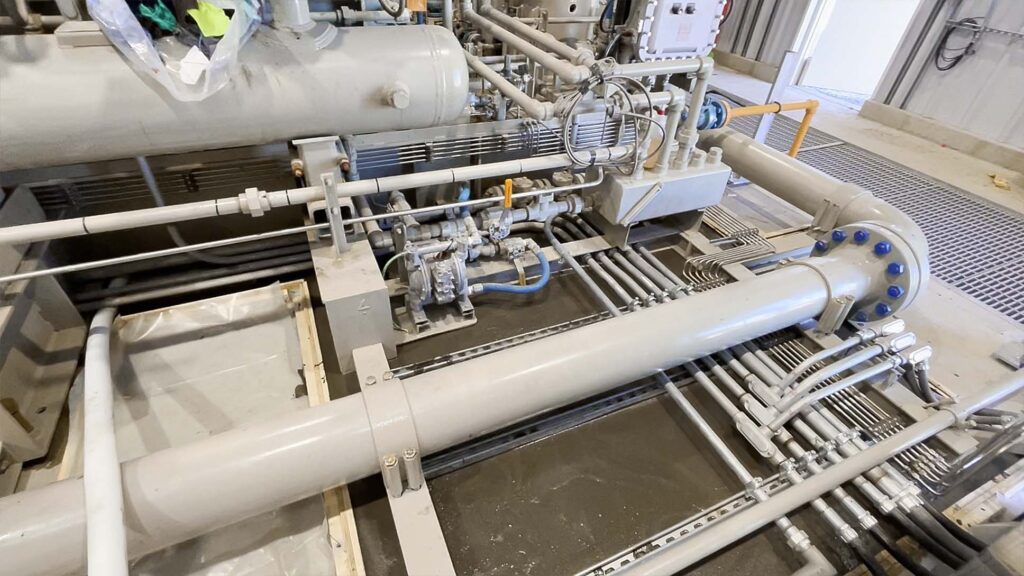 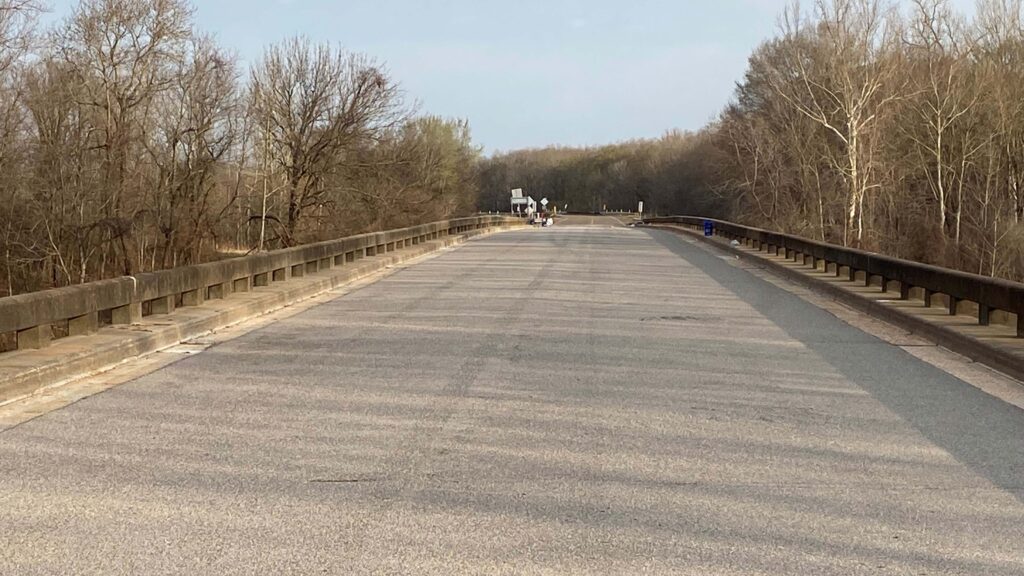 FasTrac Construction Products partnered with Mississippi Department of Transportation and Key Constructors to repair and enhance the Yazoo Bridge in Yazoo County, Mississippi with a new bridge deck overlay.  After several frustrating attempts to repair the bridge with a variety of competitor products, the MDOT Bridge Division specified Hybrid Polymer Concrete for the project.  It[...] 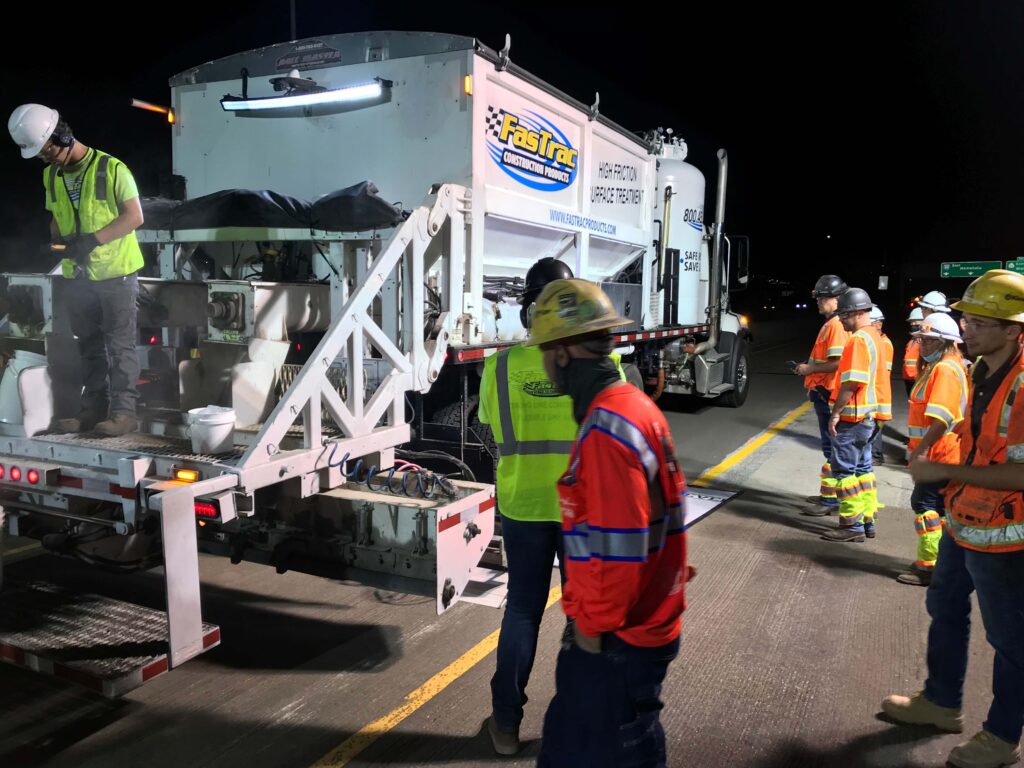 About the Project The H-1 Freeway Airport Viaduct improvements include a two-layer epoxy preservation and protective surface treatment applied over the freeway’s eastbound lanes and ramps, including shoulders. The two-layer epoxy surface treatment technique is the first to be used by HDOT, which incorporates a combination of epoxy binders and aggregates designed to protect the[...] 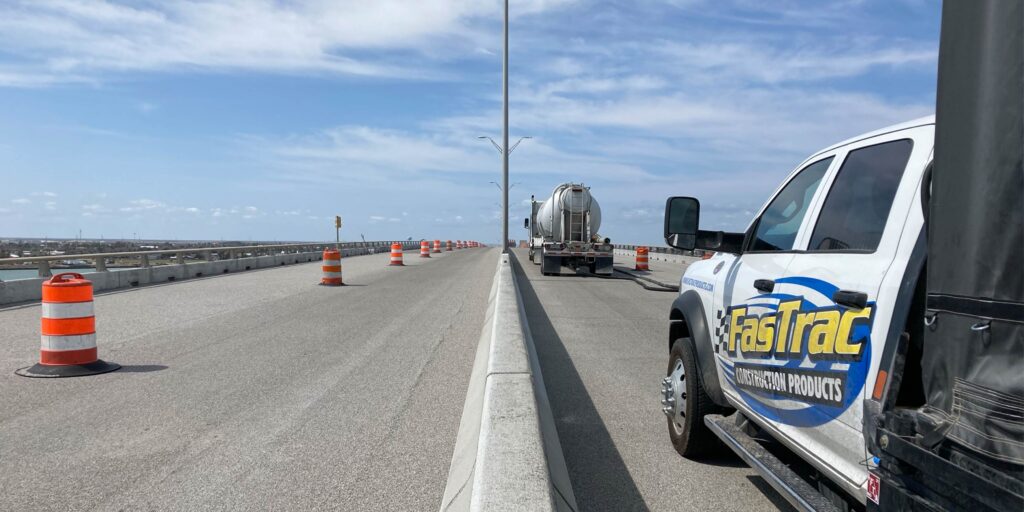 FasTrac was onsite with Texas DOT and contractor Southern Road and Bridge at South Padre Island/Port Isabel, TX with the EP1500 Portable Epoxy Pump System. FasTrac's Epoxy Polymer Pump System is superior to anything that's currently on the market.  It provides a higher capacity output, two to three times greater than traditional pumps.  This provides[...] 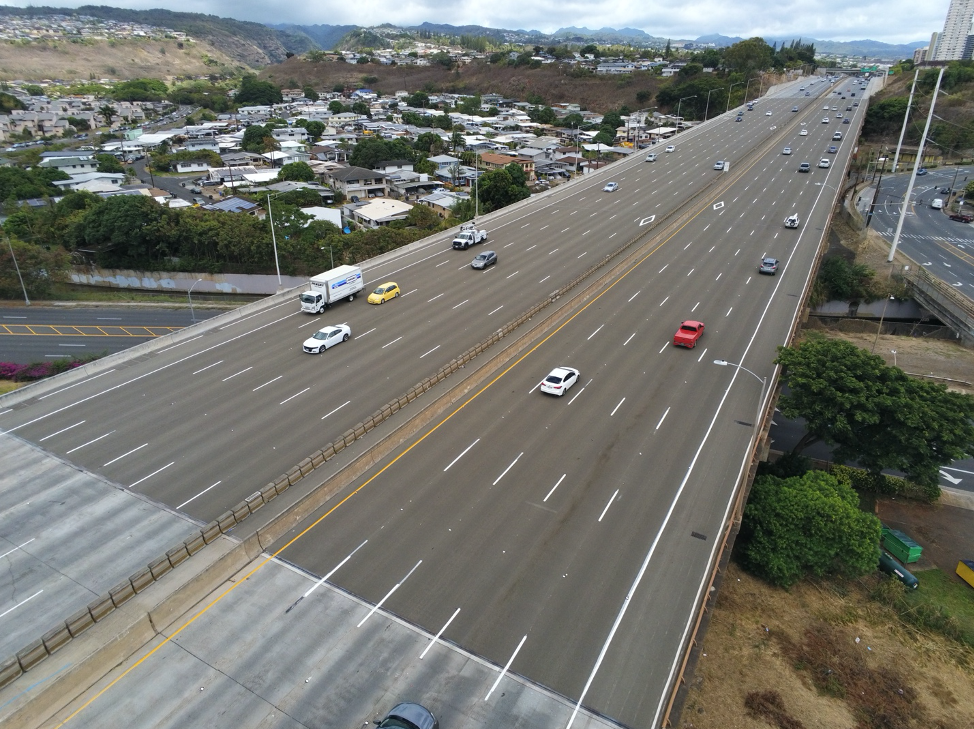 Hawaii DOT Partners with FasTrac The Hawaii Department of Transportation (HDOT) has announced that the pavement preservation project on the H-1 Freeway Waimalu Viaduct has been completed. The stretch of improved roadway includes a 1,300-foot stretch of the H-1 Freeway between the Kaahumanu Street overpass and Kaonohi Street overpass. About the Project To make the[...] 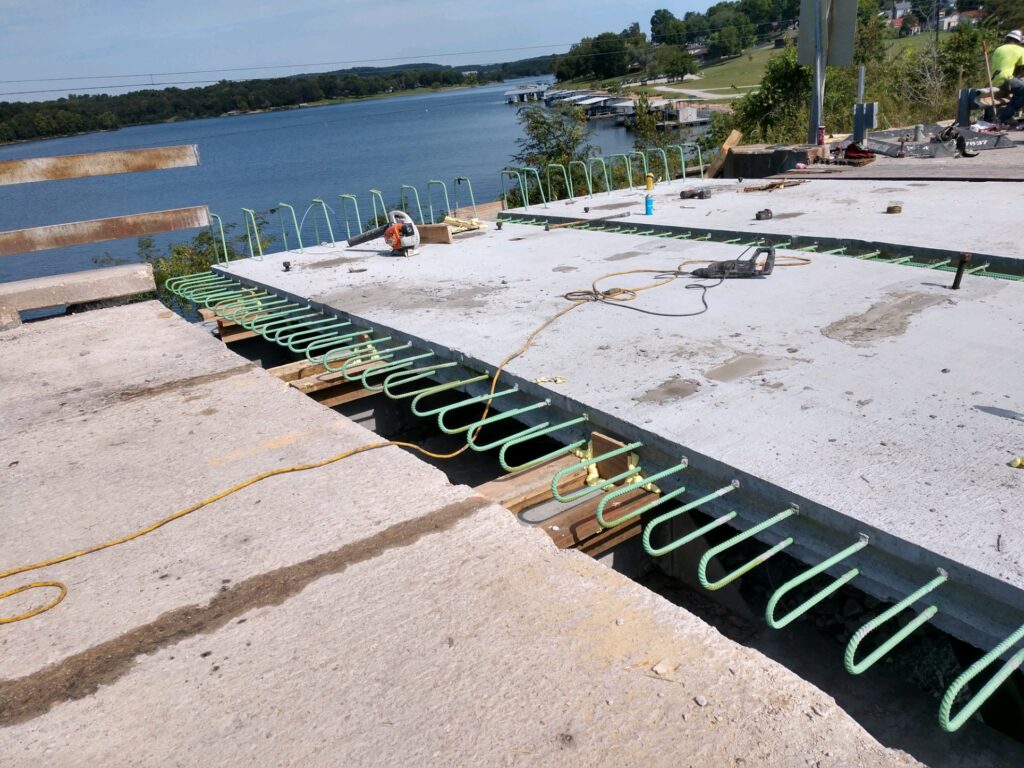 Caltrans Partners with FasTrac on I-405 Project

Interstate 405 (I-405) is a major north–south auxiliary Interstate Highway in Southern California. The entire route is known as the northern segment of the San Diego Freeway. I-405 is heavily traveled by both commuters and freight haulers along its entire length and is the busiest and most congested freeway in the United States. Decades of heavy[...] 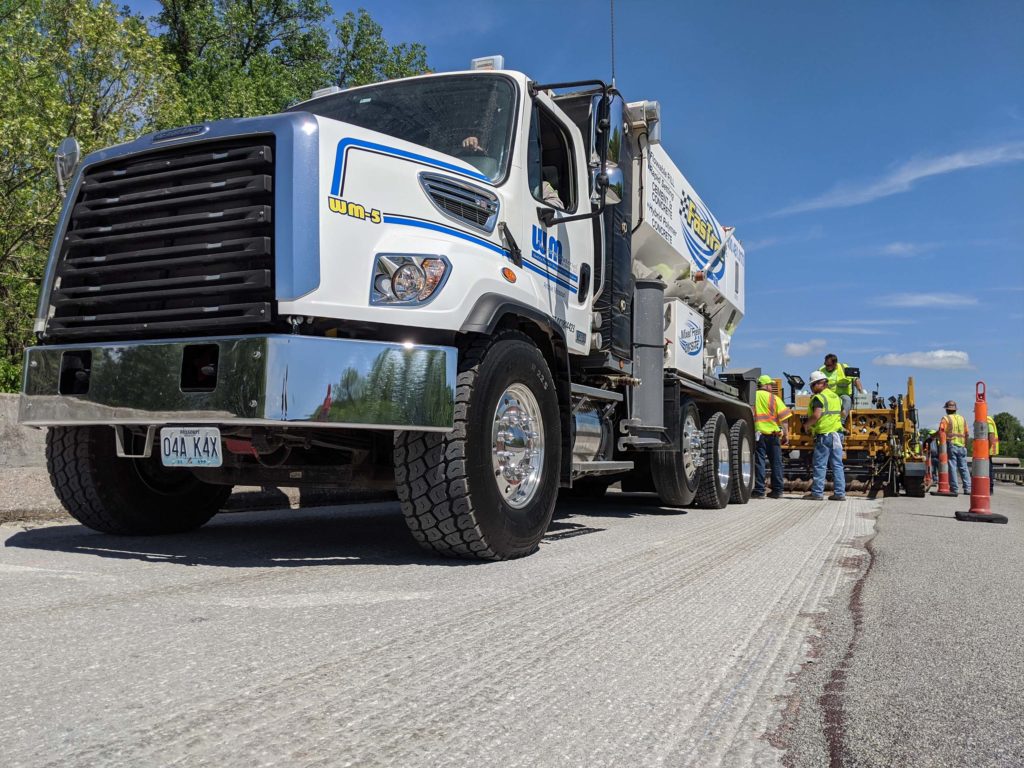 FasTrac Construction Products partnered with MoDOT - St. Louis and Concrete Strategies LLC. to enhance Route Y in Franklin County, Missouri with a new bridge deck overlay. FasTrac's Hybrid Polymer Concrete was selected for it's ease of use, high strength, flexibility and chemical/weather residence, adding another 30+years of life to the bridge. Learn more about[...] 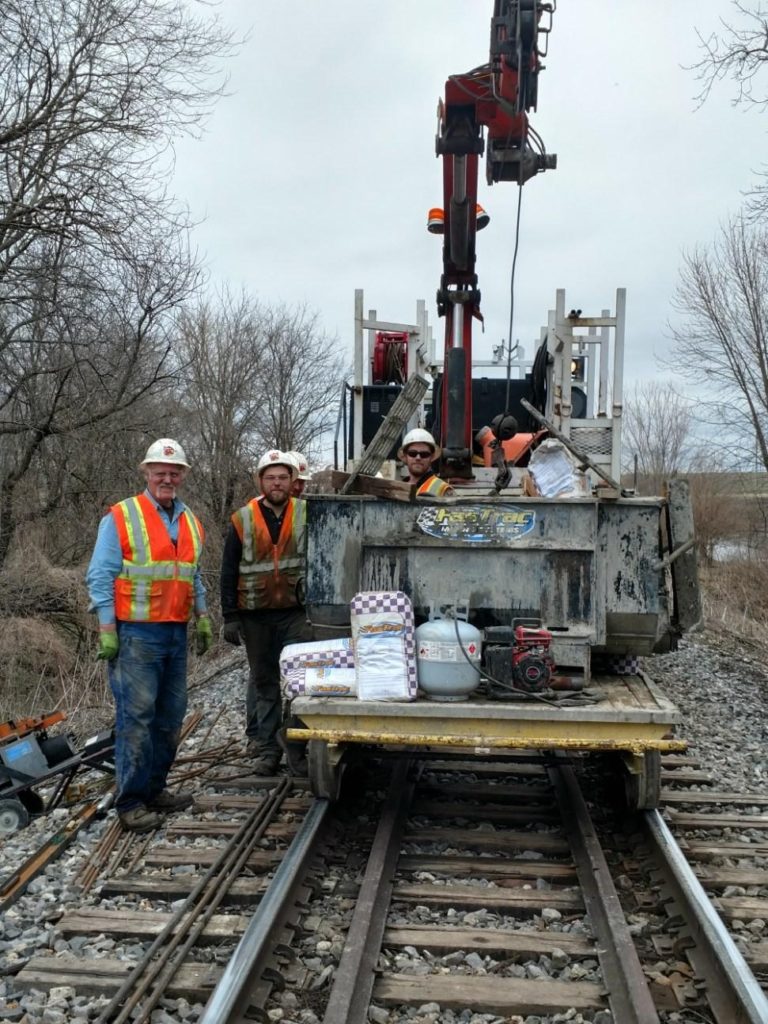 One of our contractor customers provides repair and construction services for several railroads, and a recent project required a quality self consolidating concrete to ensure project success. On a rural stretch of track near Blackburn, MO, a railroad bridge built in 1900 was showing its age.  The bridge required a new concrete pad to support[...] 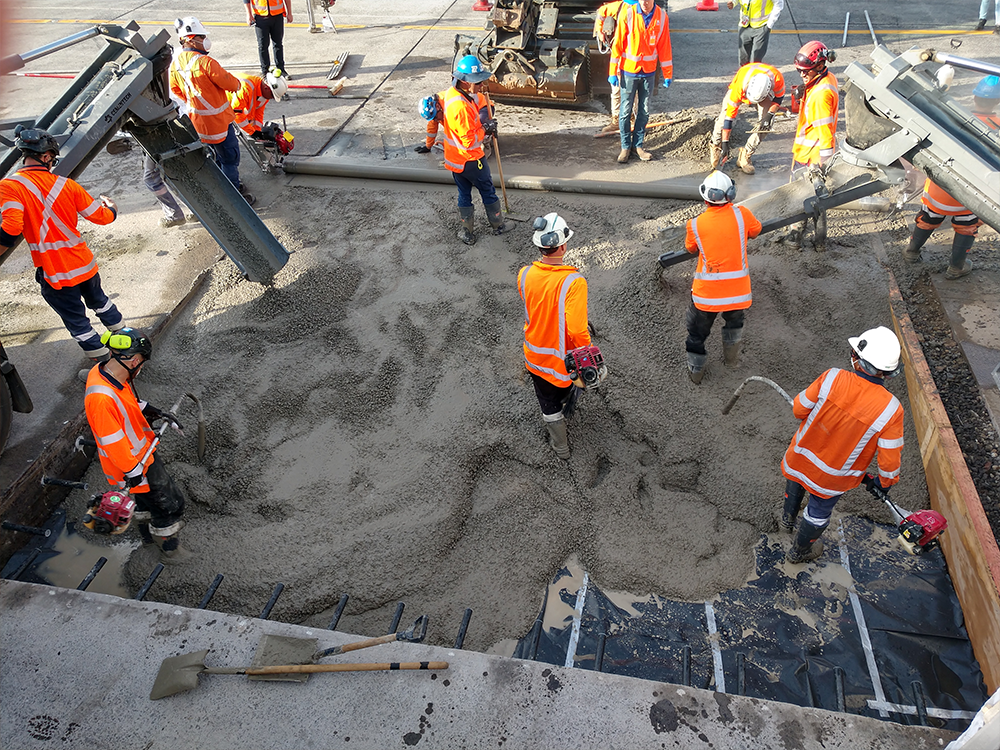 Auckland Airport pavements were originally constructed in 1964 and have long served the New Zealand community and travelers the world over.  However, the pavements were starting to show their age and some pavement needed to be replaced. The problem crews faced was how to reconstruct part of the Auckland Airport airfield pavements with long-lasting, durable[...]